The Retrun of Revy:Yes Black Lagoon is back.

The Retrun of Revy:Yes Black Lagoon is back.

Manga Creator Rei Hiroe recently revealed on his blog that his Black Lagoon manga will resume publication next January or February.

Black Lagoon is a Japanese manga series written and illustrated by Rei Hiroe. It has been published in Shogakukan's Monthly Sunday Gene-X since 2002 but was put on hiatus in 2010. The story follows a team of pirates/mercenaries known as Lagoon Company, that smuggles goods in and around the seas of Southeast Asia in the early to mid 1990s. 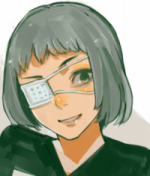