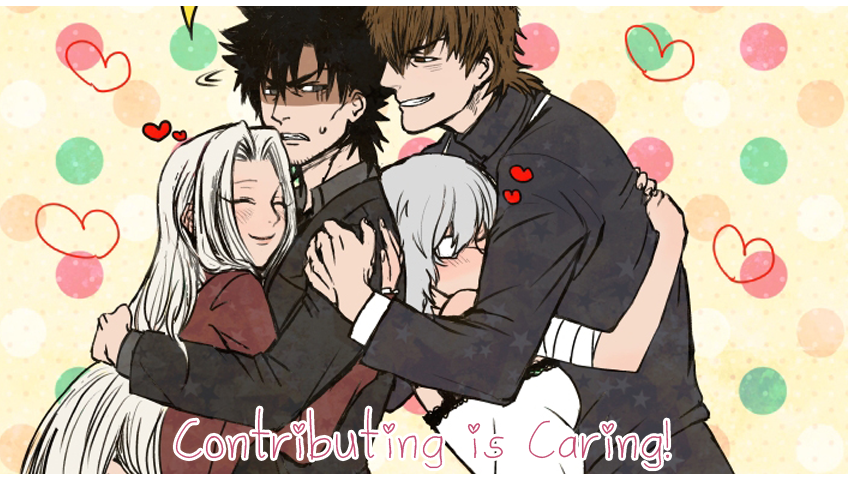 Greetings everyone, after the longest time after my on and off hiatus. I'm finally back to bring AF's back to its feet once more. Special thanks to PT-Desu especially for his aid with the new forum scheme, and various of members' feedback.

As of now, with the new updates and such, I am confident to start asking for member's suggestions on forum's activities and community materials in order to promote AF, where we can bring more influx of members to the forum, and activities.

What I am looking for are something like this:

Soon, I will launch a statistical advertisement that I would like to ask everyone for heavy contributions within other different communities to promote Anime Faction. By the next summer, I wish for AF to reach at least 1000 members with at least 100+ activities within 24 hours everyday! (I count around 40+ active members daily at the moment!)
_________________ 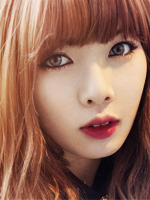 Collectibles section, not just limited to figures, but also anime/manga/posters etc. Could include a buy/sellers thread/area.

Movie night every weekend would be cool.

Yearly member awards with little badges representing what you won.

Gaming events/ official guilds/ gaming clans so we can all be connected in our games. 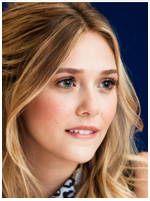 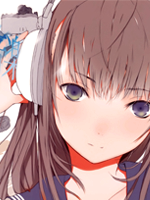 LastBlues wrote:speaking of secret santa, can we set that up now? december is approaching.

LastBlues wrote:speaking of secret santa, can we set that up now? december is approaching.

If you want to initiates it, sure.

we'll never get anywhere then

huh, um I'm pretty new but I guess I can point out a few things I've already noticed.

Um custom smiles? Not that hard to code into a profile where you can upload custom images that are used as smiles to keep track of all your emotes and stuff

ymp3 codex? It's a codex that let's you take the mp3 from a youtube video and make it a bar so you can put music under your sig pic and have people click on it to play it.

Might want to code in better profiles also, like customization for the user and have visitor messages on the same page, also how many people have visited them ect, custom color schemes... yeah.

With the AF dollars system you might want to set up a gambling zone if there isn't one already, oh and maybe a sig of the week/month to get a bigger gfx community.

Also I think I saw you guys wanting to do stuff where you buy characters for the banner and the backgrounds right? I think that's a great idea but I think that someone should gfx the banner so that we have cool effects, characters,, Anime-faction font.

I can fit a writer/literature section
Custom smiles, those 2 variants are already custom since they didn't came with the forum, but if your asking for a place for people to upload the smilies, then i don't think it's possible. You could create a private gallery but you're better off uploading them on a photobucket account.

You don't really need that codex to do that, unless the forum already has it, i have seen Iept using that already, i can't recall how he did it but you can check this thread

I don't have much access when it comes to forum/profile structure since the forum is 100% free the host doesn't really gives us access to everything.
I can change cosmetic stuff as in images/colors or get a theme from a site.
I also checked and tried to add more themes so people could pick their favorite and that's something not available.

Anyone is up to start their little tournaments if they want too , or challenge someone. Too bad the forum itself doesn't have a shop though.
Nana was supposed to come up with a Banner with the Anime Faction logo. 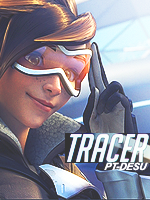 I am never, EVER hosting another community event EVER again. LastBlues wrote:I am never, EVER hosting another community event EVER again.

But I rub you

LastBlues wrote:I am never, EVER hosting another community event EVER again.

Lets face it, I fell in love with GT's AF because of the usermade segment, hell, I owe everything now to it.
I've got a lot of free time now since life is in order, so I'll give it my best shot to contribute.

The general idea is that I wanna bring more life in the GFX segment, host tournaments, create tutorials, evaluate other people's work as detailed as possible so they can improve. Beside the general tournaments, an idea came to mind:
~AF Colosseum~ thread: the idea is, unlike regular monthly tournaments, this cold be used by all for dueling another user, and all scores/victory count would be constantly updated in the OP. But the the main reason for this thread to be is, the themes should not be chosen by the people who duel, but the people who'd vote, so there is no safe zone for the challengers. But, the members here should vote a few people like, PT, Nanamix, Revy and me who are amongst the better, and those who are voted as higher tier should be allowed to duel 2 times a month with other lower skilled users, and infinite between their own tier. While the lower skilled GFX-ers could challenge someone every 4-5 days, since voting wouldn't last more then 2 days. This kind of rule would motivate GFX newcomers to battle often and climb the ladder while insuring that the likes of PT, Nanamix, me, probably Revy too don't dominate the list by picking on newcomers, the only way we could aggressively rise is battle someone ranked as a higher tier GFX-er also.


This is just an idea. But like I sad, I'd try bringing more life to it by making all kinds of events: Themed events, tournaments, dueling, gifting, shopping(yes, I do intend to re-launch the shop) and so on. One idea was to create a .PSD segment where winning sigs are uploaded in .PSD format so others can study them so even by losing you win something. There is also the usermade comic thread which is popular on some sites, might try it out here. basic idea is, for them to make 1-2 page stories, filling the brackets with screenshots/images/usermade image and writing their own text/subtitle. Monthly tournaments could be made out of this since it's very fair, since the winner is not chosen for his comic page making skills but the humor/drama/tragedy/quality of the comic.

One more thing, sig tournaments could have a main thread in which every winner goes into the OP post, a Hall of Fame thread if you will, so winning sigs get "immortalized". And I'd also suggest that regular members have a jab at the site they love, in other words, not so often, but an AF Banner Tournament should be hosted from time to time, to refresh things and to motivate some newcomers to make something they would be proud of seeing every time they come to the site, but the original logo must be used, since it is after all, AF's Sigil/Emblem.

Last but not least, I can bring some people here, anime lovers like us in the following 2 weeks :)


As for all the ideas I got storming around, I'd send them to PT and you Nana-chan for approval, since I do not intend to go solo(start without blessing), at least, not until I gain a few hits.


Sorry for the TL;DR fellow AF-ers, but detail is required when presenting possible events xD
None of these ideas are final, but when they are, they would be sent to PT/Nana for approval.

~To contributing to AF, long may it reign 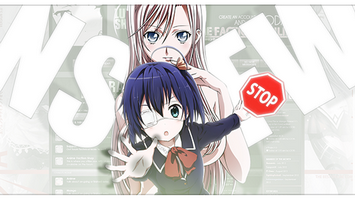 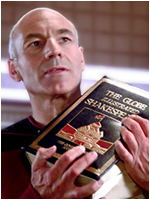 I like the idea, though we'll have to find a schematic to structure the tier differences and in order to actually be able to place people judging from their skills.

I for one would love to have the "fill in the chat bubles" manga challenge...or bring the RP back

Seeing how my transfer exams are over, I got all the time in the world.
One of these days Nana I'll have to chat with you regarding the blueprints of future plans, and if you don;t mind, I'd like to "assume direct control" of the GFX segment.

As for RP, I love it when it was active in the old days of old AF, but I hardly think it would attract more people nowadays, still, I'm up for starting it up soon, and hell, even if 5 of us do it, so be it. Only problem that kept the whole thing stale was everyone was to attached to their characters, and it gets boring. Hence I killed off most of my characters at some point xD
_________________

RP-ing worked precisely once. It's a fair bit of work and I don't think anyone's really that interested. It's time to let the idea go.